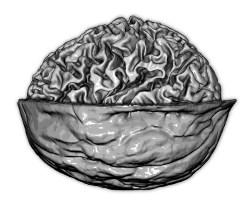 Compile and Install OpenWalnut with MSYS2

MSYS is a very well known Cygwin derived Posix-like environment for Windows. MSYS2 is a great successor to MSYS. It allows 64Bit builds and integrates a package manager which makes the setup of software and libraries easy.

Now, you have built OpenWalnut. Before you can run it, you have to do something once. We have build Nifti and LibLAS previously. To allow OpenWalnut finding them, you have to copy the DLL files to your build/bin/ directory.